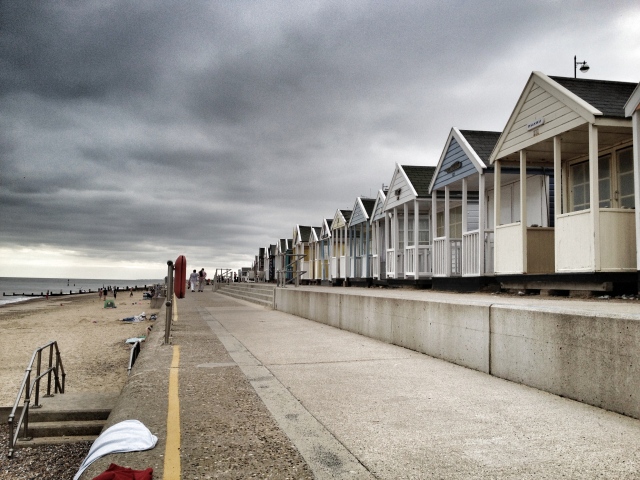 According to the Guardian today, the comedian Dara O’Briain has “hit out” at a BBC ban on men-only panel shows. For those of you who are either a) not from the UK; or b) from the UK but have better things to do than worry about the make up of panel shows, a senior member of the BBC has put out an edict banning all men panel shows in an effort to rectify gender imbalance. The fact that such an imbalance exists should be no surprise to those of us who watch QI, Mock the Week and the like. The problem is, according to Dara O’Briain on Twitter, he has said no such thing. What he actually said was that it was wrong to make the edict public, because now talented performers who would have been chosen to be on the show through talent alone, will now be seen as the token woman. He has a point. 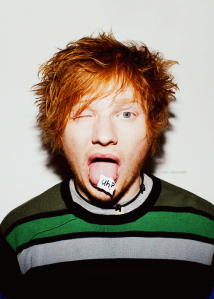 This, though,  got me thinking. Because there is another, much more under-represented group that should be on TV: people from Suffolk. Now you may scoff but name me one person who originated from Suffolk that appears on a panel show. Stumped? Me too. In fact you will do well to name anyone from Suffolk on TV at all. This is a travesty. How could a county that produces talent the likes of Ed Sheeran and er… Bernie Ecclestone be subject to such discrimination? It’s not like the media have never heard of Suffolk, they own most of bloody Southwold after all.

And it’s not like other parts of East Anglia are under-represented. Norfolk, happy to look down on the people of suffolk due to our lack of city status, have their own regional television centre in Norwich, complete with it’s pro-Norwich City Football club version of Pravda – Look East. Norfolk is also the birthplace of Stephen Fry, the charming polymath; actor, comedian, and host of another allegedly mostly all male panel show QI. Essex do even better. Because of it’s closeness to London, Essex often appears on television, usually in one of the summer holiday ‘let’s go to the seaside’ episodes of Eastenders where the whole cast end up in Clacton for the week. And of course, they have their very own TV series – The Only Way Is Essex, or TOWIE for those who struggle to remember a string of five words. Yet for Suffolk, other than the TV series Lovejoy – starring Ian ‘f*%$ing’ McShane of Deadwood fame – which finished 20 years ago, and Bill Treacher (Arthur Fowler) who left Eastenders 19 years ago, there is nothing.

It’s about time us Suffolk-folk did something about it. To start with, I have a number of suggestions for TV shows based in our beautiful county that could showcase our creativity and talent. For example:

The Glowing: a paranormal mystery about strange glowing creatures set in Dunwich, just down from the Sizewell nuclear plant

Bury St Edmund: A gameshow where every week two teams fight it out for the opportunity to lay Noel Edmunds to rest – in Bury St Edmunds

The Pickwick Paperchase: A team of people run around Ipswich, who’s people and streets were the inspirations for Charles Dickens’ Pickwick Papers, trying to find the person most like the round-faced and portly Samuel Pickwick

You see, we have the talent, we have the ideas, we have the connections – usually blocking the bar at the Lord Nelson, Southwold; there is no reason that the people of Suffolk should carry on being discriminated in this way. If there is enough support, you can expect to see my petition on Change.org soon 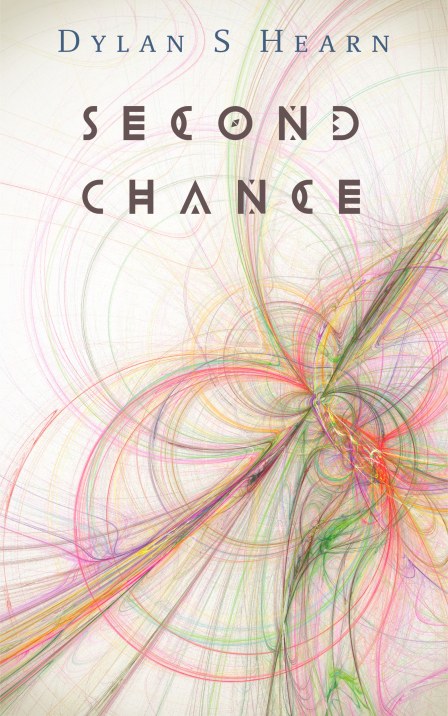 The life that they knew was gone. Nothing would be the same. Not now. Maria stared out into the storm, her window thrumming as wind flung rain hard against it. Part of her wondered why they were even bothering to carry on. It didn’t look as if their work would ever be needed. There were bigger things to worry about.

“Maria, I think you should look at this.”

The climate had finally delivered on its promise. Incremental changes had led to this point, but despite warnings of what was coming they hadn’t been prepared. Even now, days after the storm’s peak, the malevolent clouds remained, spitting misery over the country. She’d heard that the evacuation of London had finally started, far too late for the thousands already dead. And still parliament remained divided on how best to deal with the crisis. It would be laughable if it wasn’t so tragic.

She got up from her workstation. “What?”

Josh’s screen was covered in blooms of pulsating light. She watched as he expertly manipulated the neural recording, diving into the three-dimensional model, heading down towards the brainstem before spinning back. Neural activity ebbed and flowed across the twin hemispheres of the brain. From this viewpoint it was similar to ghost lights shimmering across the Arctic sky.

Even though she had been studying neural recordings all her adult life, Maria had only a vague idea of what this subject had been thinking. By sight she could read core emotions—whether a person was happy, sad, fearful. What she couldn’t do, looking cold like this, was understand what had caused those emotions. As she’d explained to Josh when he’d first arrived, the human brain wasn’t a book with each word identical from copy to copy. When an individual thinks of an object, that object is intertwined with a thousand other factors. If a person had once owned a dog as a well-loved family pet, when they thought of the word dog the pleasure centres of their brain would activate; if they had been attacked by a dog as a child, fear and pain centres would fire. Maria had spent her life capturing thousands of neural recordings to see if she could identify a common brain language, but after many years of trying she had come to realise that each had its own vocabulary, related but separate from one another, as unique as a fingerprint.

“Have a look at this recording and tell me what you see.”

Maria snapped back from her thoughts and studied the screen. The clarity was truly astounding; each individual synapse captured as it fired. Josh panned out to make the whole brain visible and a familiar pattern emerged. “The subject is thinking about something painful,” she said. The pattern would have looked very different if the subject had been experiencing actual pain.

“Now look at this.” Josh brought up a second recording. “I’ve run analytics and it’s identical to the first.”

The pattern appeared to be the same, although it was impossible for her to tell for sure just by looking. “OK, so they were thinking about the same event. Perhaps somebody repeated a question.”

Josh turned to her, excitement lighting up his face. It was the first time she’d ever seen him smile. “You would think so, but the first is a recording and the second a simulation. I fed the set of recordings into the neural simulator and this is what it produced.”

“I don’t remember saying you could use the neural simulator.” She regretted snapping at him as soon as she had spoken. He shouldn’t have used it without asking—the neural simulator was her baby—but she also knew that Josh had no comprehension of why he would need to ask her permission. There were some things he just didn’t understand.

“I wanted to know if the level of detail captured in these recordings could make a difference to what we’ve been able to produce so far.” He brought up another set of recordings, oblivious to her annoyance.

The second set looked less distinct than the set they had just seen, not as clearly defined. “This information came from our old scanning technology. I fed the data into the simulator then ran both the recorded and simulated processes side by side. As you can see, the two veer away from each other over time.” He brought up another set. “If you look at this recording and simulation using the new scanners, you can see that the patterns of the two feeds remain consistent. The synthetic brain matches the biological one.”

Maria tried to contain her excitement. “How often have you run this test?”

“Five times so far, all from different points in the recording. I know I need to do further tests, but I’m confident they’ll just confirm the results I’ve already seen.”

Had they done it? Had they finally produced a fully functioning neural simulator? Her mind raced at the implications. They would no longer be reliant on human test subjects. They could run millions of simulations simultaneously, condense years of research into a few days.

“Run those tests. I’ll need further confirmation before we can publish, but it looks like you’re on to something. Well done.”

Energised for the first time in months, Maria turned to leave but Josh grabbed her arm, pulling her back. “Wait, I haven’t finished.”

He was pointing at the screen. “I’ve known for a while that the simulator works. All it needed was the right quality of information. That isn’t why I called you over. This is what I wanted you to see.” There were two new recordings running side by side. From a first look, they appeared the same, synaptic blooms ebbing and flowing as if synchronised. “These two sets are identical. The one on the left is the original, the right is a simulation. The analytics say they are the same down to the synaptic level. The point is, they were instigated from two different start points.”

“So the simulator is able to reproduce a known pattern?”

“But it isn’t just matching the odd pattern. The original recording was taken from months previous. The neural simulator is matching activity seen in the original but never sent through as part of the data transfer. And not just once or twice but hour after hour after hour.” Josh looked at Maria, the smile back on his face. “I don’t think it’s a simulation any more. I think we’ve brought the subject back to life.”

The novel, Second Chance,  is available in paperback or ebook format from Amazon. To order, please click on the appropriate link:

This blog is a participant in the Amazon Services LLC Associates Program, an affiliate advertising program designed to provide a means for sites to earn advertising fees by linking to amazon.com
Loading Comments...
Comment
×