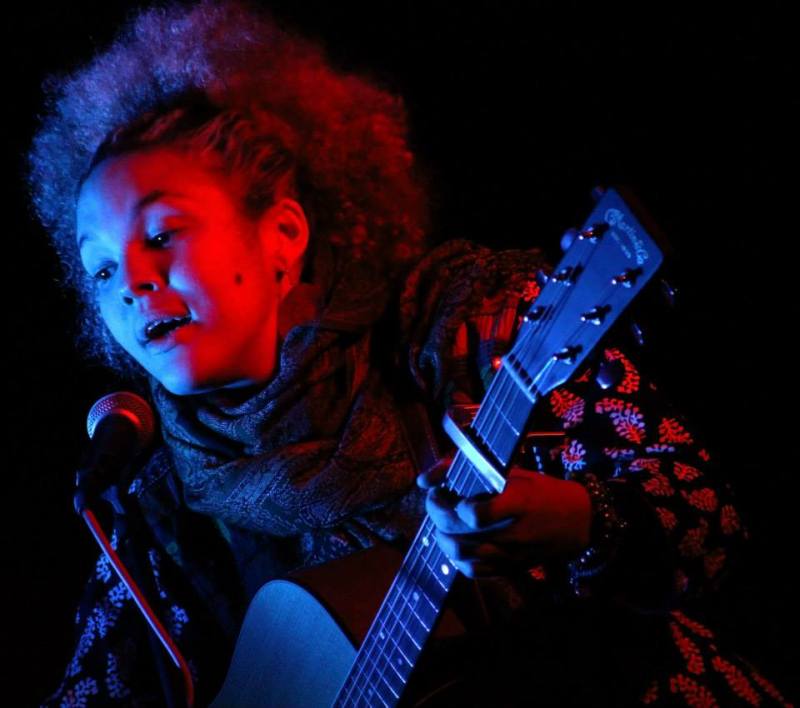 It was the last Live at the Cottage gig of the year last Saturday and what a gig to finish with. We a started with Daniel Storey, a local boy channeling the spirit of 90’s britpop. While laddish guitar bands may have fallen out of favour in recent years, as somebody who came of age during that time, listening to Storey put a new spin on an old (I can’t believe I’m writing this) style brought memories of my youth flooding back.

Storey’s opener, “Unbreakable”, set the tone for his performance; a good solid riff and an ear for melody, wedded to an unmistakable Manchester sound. As he continued through his repertoire of “Under the Metal Sky”, “Let the Light fall” and “Roll on”, the theme continued, each song performed with a brittle intensity that kept you interested. Then, for his final number, “The North Sea”, Storey changed style, the strumming replaced by finger-picking, and while it wasn’t his strongest song of the night it was the most intriguing, as it showed that he isn’t happy to rest on his laurels and is looking to push into new areas.

One of the great things about coming to live gigs is that, if you are lucky, you get to see a moment where artistry, experience, talent and venue converge to produce an unforgettable experience. This is how I felt watching Stephen Hodd. I’ve never seen him perform before but it was clear from the opening bar of “North Star”- a song about the sea and life, of uncertainty – that we were watching somebody on top of his game.

Hodd plays in a very sparse, almost delicate style, enabling you to hear every creak from his guitar, every movement of his hand. While you can tell he writes from an irish folk tradition, to me Hodd’s style was most reminiscent of Bon Ivor, in that he is not afraid to use silence for dramatic effect and the pauses between the notes are almost as important as the notes themselves. This was never more apparent than with the songs “Unbelievable Ways” and “Soul Getter”, his use of soft dynamics making the songs particularly moving.

There is also a wonderful poetic flow to his lyrics, the opening lines to “Desolation Town” being particularly poignant. What’s more, you can listen to everything Hodd has ever recorded (or buy as you so wish) by going to Savage Acoustic Records. This will give you a taste of what you missed, but in my opinion you should go and see him live while he’s in this form. Wonderful, wonderful, wonderful.

Raevennan Husbandes has a wonderful stage presence. She exudes warmth in a way that can’t be faked. There was a playfulness to her set in contrast to the more serious, introspective nature of the preceding acts. She sang with a smile that shone through her music. She started alone, playing a beautiful cover of Paul Simon’s “Kathy’s Song” which she followed by one of her own (the name I sadly missed) and it was noticeable that her original song didn’t wilt in comparison with Paul Simon’s masterpiece.

Husbandes’ style is to play a simple picking rhythm topped with a floating vocal melody – like Norah Jones singing Nick Drake – and when joined by the excellent Simon Lewis on cello, produces a rich, mellow sound unique to her. A good example was ‘Box of Innocence”, where Husbandes’ understated vocal dexterity blends into the fabric of the song to form a whole, as opposed to many modern artists who use vocal gymnastics as a means of showing off, to the detriment of the song.

Songs like “House of wood“, written by (and recorded with) Guy Chambers on the album “Harbour of songs”, and “About Somebody” confirmed that Husbandes has talent to burn, and I can’t wait to see what she does next.

Having Husbandes play as the final headliner of the year was, I felt, appropriate. The quality of the acts playing each month has been outstanding and with Raevennan Husbandes’ set the guys from Wet Feet Records sent everybody way with warm and happy hearts. I can’t wait for February when it all starts again.